Seven people are reported to have been killed in a military plane crash in Egypt after the aircraft suffered a “technical failure.”

American peacekeepers are alleged to have been onboard the flight, but this has not been confirmed by authorities.

The crash is said to have taken place in South Sinai.

Sky News Arabia tweeted: “Our correspondent in Cairo: American peacekeepers were wounded in South Sinai, after a reconnaissance plane fell due to a technical failure.” 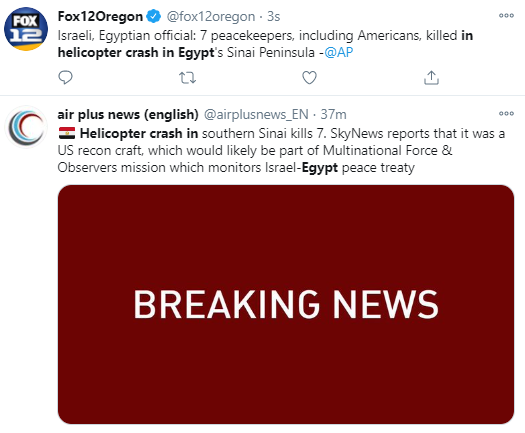